The Sacred and Profane Love: Geometry: Venus & the pentagram.

Fig. 1. The inverted pentagram forms the upper and lower boundaries by
which the dimensions of the fountain /sarcophagus are defined
6
8][
Fig. 2. The zodiacal constellations as they correspond with the paintings diminutive iconography 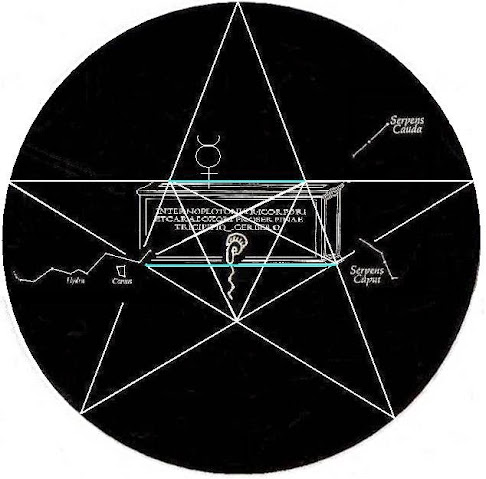 Fig 3. The Fountain, Mercury (psychopomp) and the zodiacal & non-zodiacal
constellations that directly indicate the positioning of the two women,
the fountain, and the child, in relation to the pentagram and the classical narrative.
Figs 1, 2, & 3. present the Sacred and Profane Love's programme (invenzione) as abstracted from the painting through analysis into three distinct levels.
The first level (fig 1.) shows the general proportions that the painted, plastic forms must adhere to.
The second level (fig 2.) describes the cosmographical map to which the paintings surrounding diminutive iconology must relate to metaphorically. This level is zodiacal.
The third level (fig 3.) shows those constellations that do not describe zodiacal references; they actually describe constellations that refer to serpents (Hydra; Serpens Cauda & Serpens Caput) and these relate directly to the forms of the women. Hydra refers to the hem of Proserpine's opulent dress, while Serpens Cauda & Caput relate directly to the extended arm and leg of Ceres. These reference the women as two aspects of the Great Mother, the Divine Mother, in her aspect as mystical serpent Kundalini. Each level states the importance of the pentagrams design within the painting.
~
It can be seen from the above diagrams that the pentagram is a critical component of the Sacred and Profane Love's design which is confirmed by the two horizontal lines of the (two) pentagrams (upright and inverted) which perfectly create the dimensions of the upper and lower boundaries of the sarcophagus (see fig.3). Geometric astronomical association with the planet Venus explain the link between the mythological Venus and her geometric traditional (and alchemical) form as represented the pentagram. The following two paragraphs by the author Henry Lincoln explain the astronomical and geometric association of the planet Venus with the pentagram:

'The early astronomers saw the Earth as the centre of the universe, around which the Sun, the stars and the planets revolved. Each planet forms its own pattern of movement around the Sun as seen from the Earth. For the ancient watchers of the heavens, those differing patterns of movement allowed them to draw geometric shapes based on the positions of each planet when it was aligned with the Sun. For instance, Mercury is aligned three times in its orbit and the pattern formed by these conjunctions is an irregular triangle. Mars is aligned four times and forms an irregular four-sided figure. Each planet makes a different number of alignments and each forms its own irregular pattern. Only one planet describes a precise and regular geometric pattern in the sky - and that planet is Venus... and the pattern that she draws as regular as clockwork every eight years is a pentacle.' Henry Lincoln, The Holy Place. p.69. J. Cape, London. 1991

Through astronomic geometric identification with the planet Venus, the Roman Venus becomes separated from the Greek Aphrodite. In the Sacred and Profane Love, the pentacles structure expresses her cosmological signature as Venus - both goddess and planet. To further distinguish the separation of Aphrodite from Venus the next section will look at Giorgione's collaborative exposition of the Roman concha/vulva metaphor and the idea of the Venus Marina myth. The Venus Vulgare of the Sacred and Profane Love refers to the clothed woman as Proserpine, who is also Venus; it is she Venus (Proserpine) who wanders across the starry fields gathering flowers prior to her abduction by Pluto.
The pentagram of the Sacred and Profane Love also defines the dimensions of the athanor/sarcophagus/fountain at the centre of the paintings graphic plan, and the athanor as yoni/vulva is discreetly referred to by the nineteenth century occultist Eliphas Levi:

'By the Pentagram also is measured the exact proportions of the great and unique Athanor necessary to the confection of the Philosophical Stone and the accomplishment of the Great Work. The most powerful alembic in which the Quintessence can be elaborated is conformable to this figure, and the Quintessence itself is represented by the Sign of the Pentagram.' Eliphas Levi, Transcendental Magic, p.87. Bracken Books, London 1997.

Athanor/sarcophagus/fountain, Yoni/vulva/pudenda, and 'Kteis'/concha are the themes of the portrayals of the Venus/Aphrodite goddess myth (see the programme for the Sacred and Profane Love, figs 1,2.3). This is because the 'Great Work' of true alchemy is sexual transmutation, and the athanor, fountain, yoni, pudenda are all metaphors for the vulva; the vessel and matrix  of the Alchemical Great Work - without knowledge of which nothing can be accomplished.
But that which has become artistically compelling is the distinction between the Roman sea-born Venus (Marina) and the Roman metaphor for the vulva as the pre-geometric/astrological Roman adaptation of the Greek creation myth of Aphrodite.